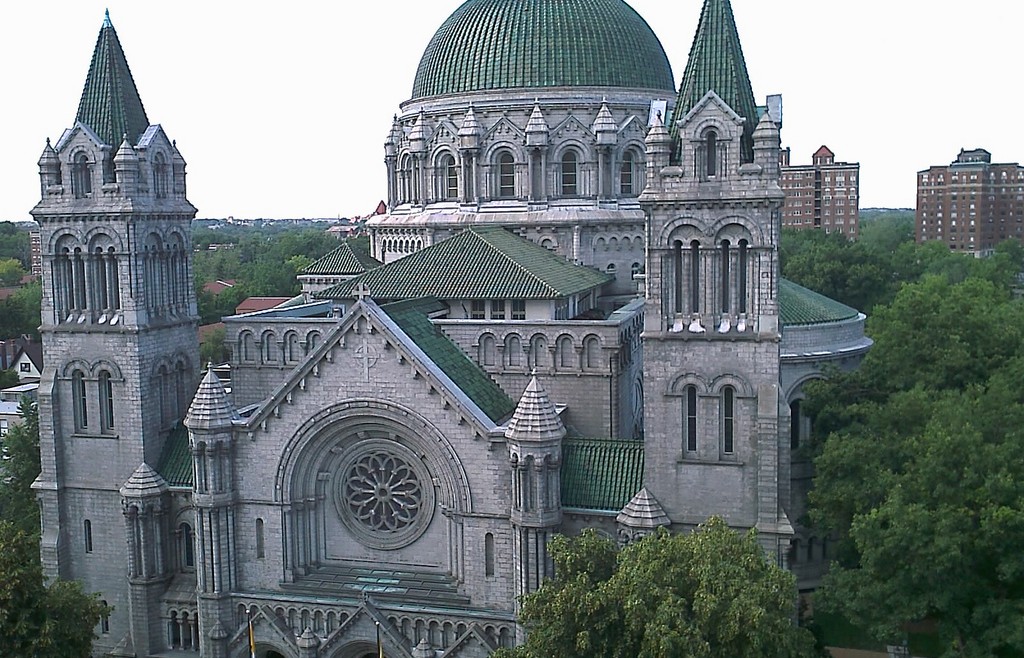 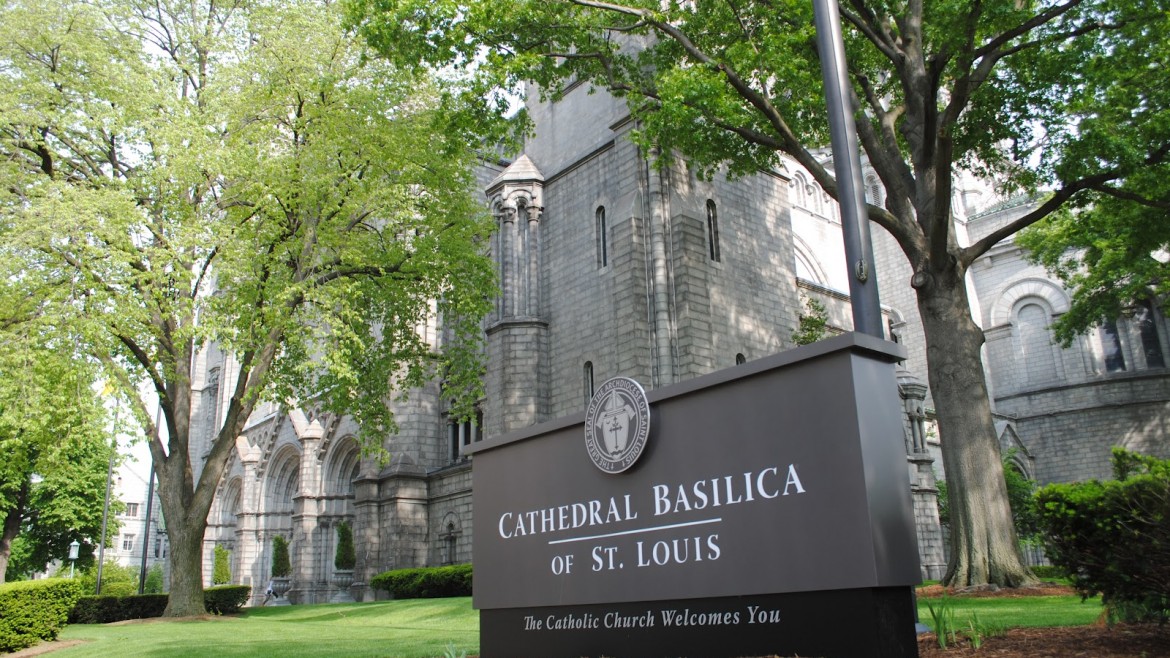 Planning for the cathedral began under the authority of Archbishop Peter Richard Kenrick in the 1870s and 1880s, and a fund was created for the construction of the building by Archbish­op John Joseph Kain.  A formal organization promoting the new cathedral was created on April 28, 1871, and among the members of the St. Louis Cathedral Building Association were Archbishop Kenrick, Bishop Patrick John Ryan, and a variety of local businessmen.  Even after consecration, completion of the cathedral’s mosaics was not accomplished until 1988.

The entire interior of the Cathedral is adorn with some of the worlds most beautiful and priceless mosaic art.  From 1916 through 1988 9  designers put their touch on several parts of the overall mosaic design to bring the Cathedral to the magnificent structure it is today.

One of the greatest challenges since the first mass on October 18, 1914 has been the ability to speak naturally and openly with emotion in a room with a reverb decay time approaching 7 seconds.   The Cathedral staff and consultants have employed multiple solutions to solve this problem over the past 50 years without reasonable success.  Adding to this problem, there was no possibility of employing any type of acoustic treatments to the room.

Well known audio systems and architectural acoustics design-engineer Steven Walker was approached by a Sr. staff member of the Cathedral and asked to consider working on a final and permanent solution to the rooms intelligibility problem.

After several weeks of contemplation Mr. Walker took on the project after realizing he might have a new and unique solution to the rooms over-active acoustics.  Since there were so many live surfaces and angles of sound reflection and no possibility of acoustic treatment, it seemed the  answer just might be to overpower the echoes and reflections with direct sound from  these points.  The team was able to build a prototype surround sound system and temporarily install it in half of the Cathedral for testing. The results were immediate and stun­ning to say the least.  The emotions of the board members and parishioners present were overwhelming and the experiment was a great success.  Over the next month the full system of 28 speaker clusters and 4 equipment racks were fabricated, installed and calibrated.

For the first time in the history of the St. Louis Cathedral Basilica the speech and music were clear, intelligible, and powerful.  Sometimes fishing out of the other side of the boat can be…well, miraculous.