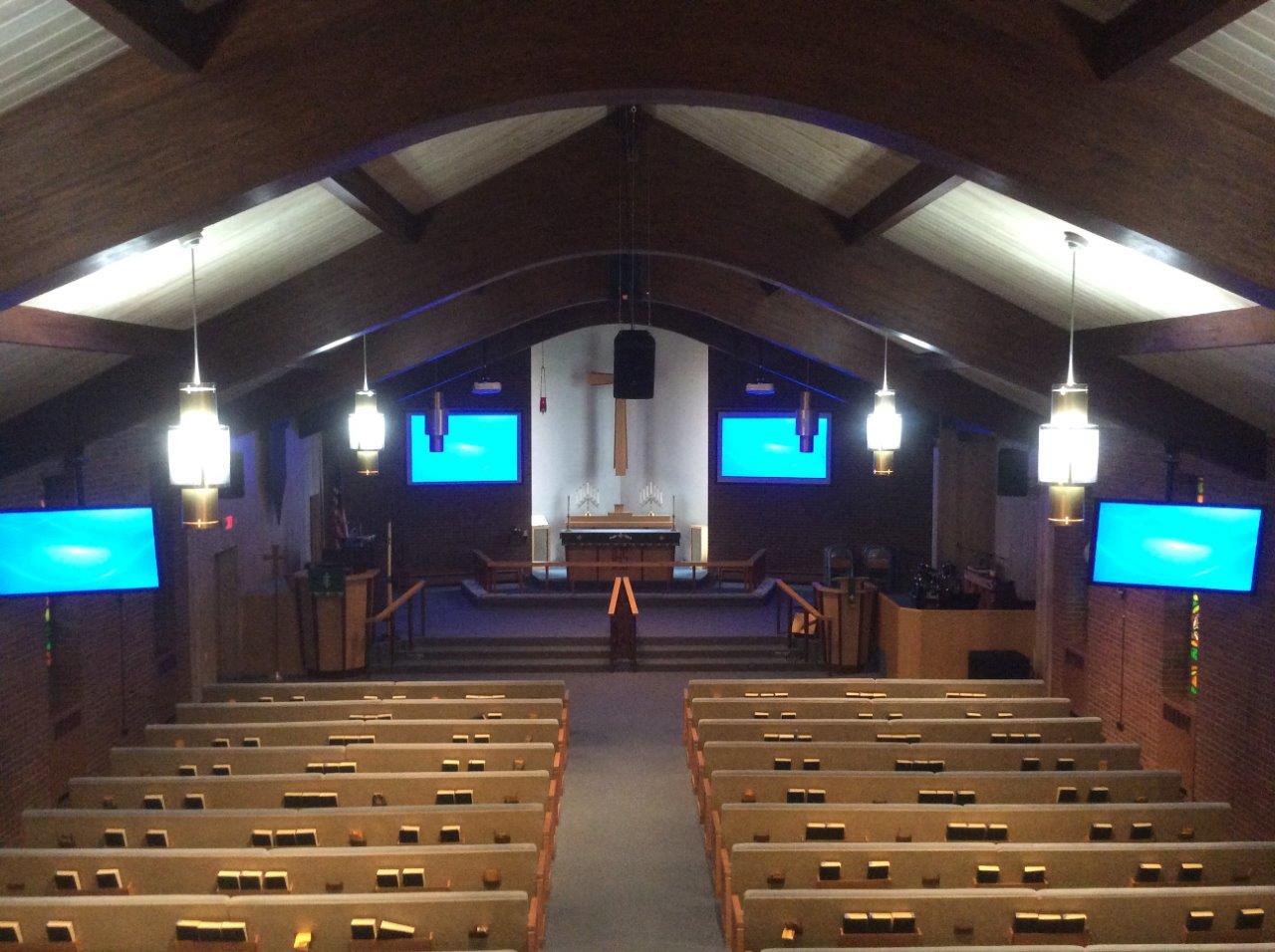 For the congregation of Mamrelund Lutheran Church the quality of audio for their new contemporary worship service could not be accomplished with the current audio system. To further exasperate the problem the build was quite deep from front to back and the ceiling height was low, impeding sight lines and speaker locations. To further complicate the project was how to give all the congregants a good view of the proposed new video projection system. The idea of a video system was new for this church family and it was met with some resistance by the older congregants who were skeptical this could be done with a nice aesthetic appearance and not block the view of the cross with a video screen.

EDE contemplated many possible solutions to the problem of a pleasant video system, and realized none were answering all of the criteria set forth until we came up with a 4 screen distributed system. This took the use of four lower profile screens giving all present an unobstructed and well defined view of the video image.

The audio system faced the same height and depth problems as the video system, so the solution was just as simple of following the distributed system method. All seats in the auditorium were in an excellent position to hear even the finest nuances of the music and spoken word.